Cucurucho’s and Veronica’s for Easter

Wearing purple robes, and iconic cones on their head, are some of the features of the famous cucuruchos in Ecuador, seen solely during the Jesus of the Great Power procession (Jesus del Gran Poder).

Their clothing represents a symbol of the religion they seek to honor and the traditions to keep.

The traditions of the Cucuruchos has been going on since 1961.

During the colonial ages, devout Christian sinners would wear a large purple hat (Cucurucho) and would endure the elements, but nowadays the Cucuruchos walk the streets of the Old Town, but only on Good Friday, creating a feeling of awe and respect.

Cucuruchos are worn by men and women tend to dress up as “Veronica’s” representing the woman who wiped the face of Jesus with a cloth while he was carrying the cross. 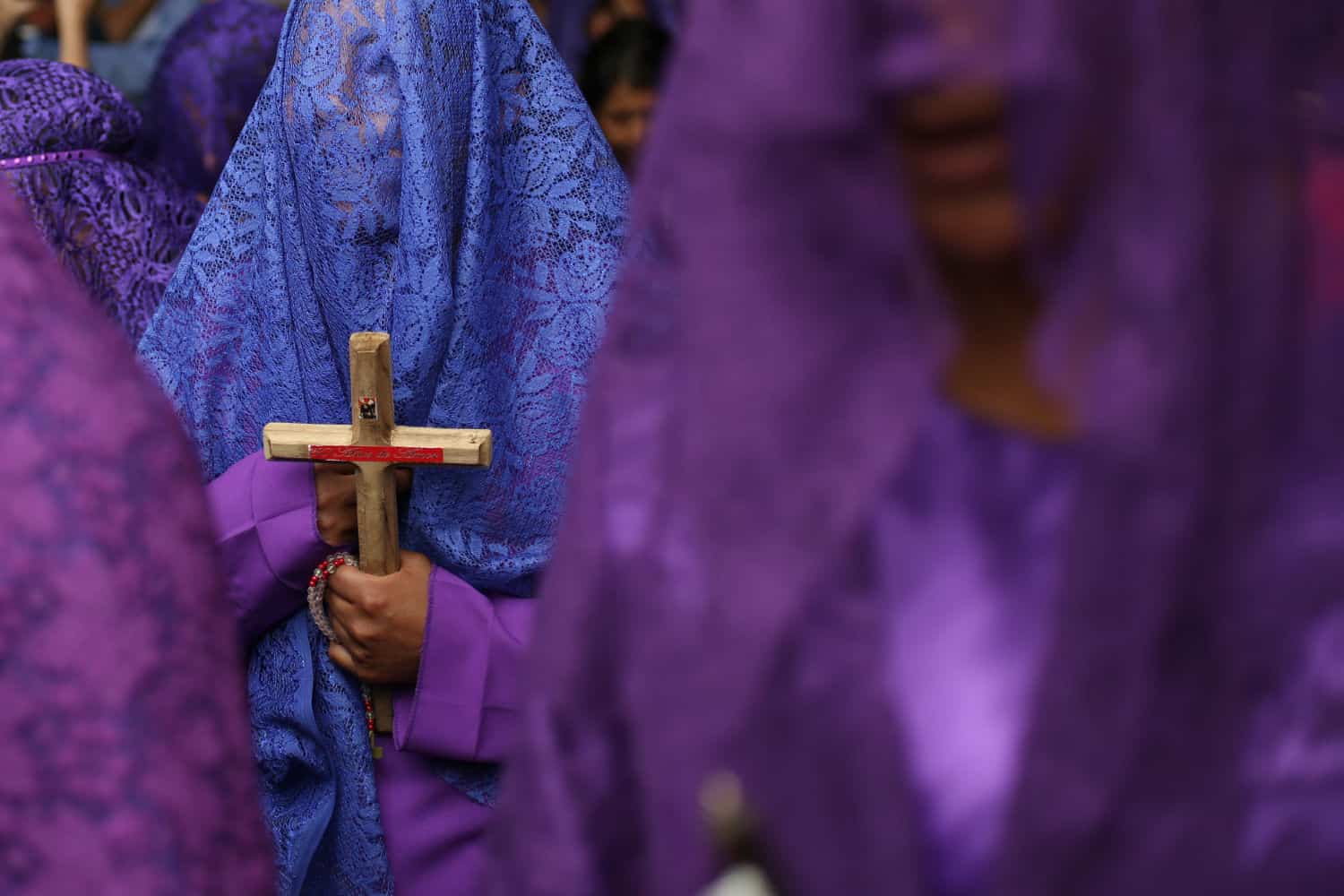 Christian followers believe that the capacity to feel regret and attend to their sins is one of the biggest values in Christian religion, allowing their followers to ask for forgiveness. Cucuruchos represent penitence, and who interprets them seeks divine pardon.